Wow 20 of these already? I must be on some kind of roll! YAY! 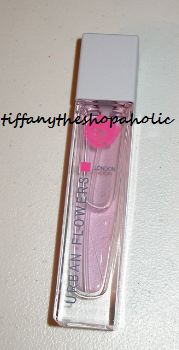 AVON Urban Flowers in London for $2.99 from AVON. I bought this because I have been wanting this one for the longest time. I would only see New York and Paris and I bought them, but I really wanted the whole set. I finally did! 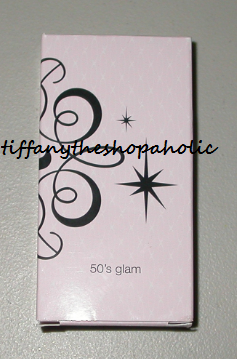 AVON 50’s Glam which I bought again because I love honeysuckle.

Belk Maxi Dress for $8.99 from Belk which is not bad for a dress at all. It was between a light blue and dark blue and I don’t like blue at all as you know from Favor Me: Colors [link] but dark blue does look good on me which I can’t deny.

Belk pomegranate dress for $8.99 from Belk which I bought because I love pink and it has pockets! I know you probably can’t tell from the photo but they do.

Jordana Kohl Kajal Eyeliner in Cool Aqua for $0.50 from Walgreens, they are having a sale RIGHT NOW! At least where I am. They marked down a load of things!

Jodana Glitter Rocks Retractable Eyeliner Pencil in 06 Glam Rock Green from Walgreens for $0.50 a super cute green and I love it!

Almay One Coat Nourishing Mascara in 421 Black for $1.99 from Walgreens which is great for a Mascara! Not to mention that Almay is a pretty good company.

Loreal Paris Telescopic Clean Definition Mascara in 920 Black for $2.39 from Walgreens. I hear about this mascara a lot from Blair Fowler on youtube. So when it is only $2.39 there is no doubt that I wouldn’t buy it. 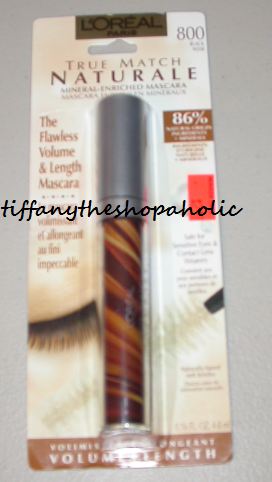 Loreal Paris True Naturale Mascara in 800 Black for $2.99 from Walgreens which I honestly bought because it has a pretty packaging! I know, not smart but it was cheap and I have never seen it in my life. Loreal is kind of expensive even though it is a drugstore brand.