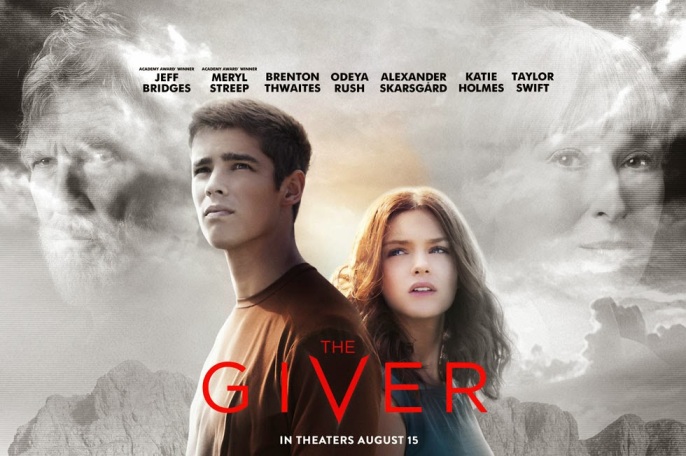 Before I get started, this whole month in the Fleeting Mermaid Section will be movie/show reviews so I hope that you are excited!

Okay, The Giver is something that I was expecting to be like The Hunger Games or Divergent but it wasn’t. I was surprised and slightly disappointed with what happened and this is just based off of the movie since I have never read the book. The movie starts out in black and white, which is actually a really cool aspect, and slowly Jonas, the main character, realizes things are different and that something is missing. Jonas becomes The Giver’s apprentice, portrayed by Jeff Bridges, and is shown the positive and negative of the real world before dystopia. Jonas is sickened by the idea of war and killing and realizes that it has been happening all around him and no one realizes that they are killing because they cannot feel that emotion of guilt, pain, sadness, nothing. I think that action was missing from this movie too. There wasn’t an urge to runaway and find the truth. I felt that I didn’t need to change things, I wanted things to stay the same. I wanted to live in that world of black and white and I know that is the opposite of what the movie aimed at.

I think that there wasn’t a lot of development in characters, other than Jonas because they were all pretty one dimensional because of how they had to be distant from emotions. The movie seemed pretty transparent because you knew all the motives of each character, there wasn’t any kind of hidden agenda and when Jonas reaches the end, I am confused.

What did you think about The Giver?